Ohio Republicans just showed that the Trump activity in Ukraine—demanding an investigation into an opponent—is a key part of their disinformation playbook. All of us need to learn from this, including the media, who are too easily duped into the tactic.

Let’s start with the Democratic candidate for Congress in Ohio’s 14th. Hillary O’Connor Mueri is a patriot and a veteran. From 1999 to 2007, she flew in the F-14D, F/A-18B/D/F, and F-16B. As the naval flight officer, she ran the radar and other weapons systems, did the laser guidance for bombs, handled communication, navigation, and more, all while approaching Mach 2.

Remember Top Gun? She was “Goose.” But her call sign was “Toro.”

And she did this in hostile territory. She flew a dozen missions in Iraq in early 2003, right when the war started.

And she received a commendation for her service. 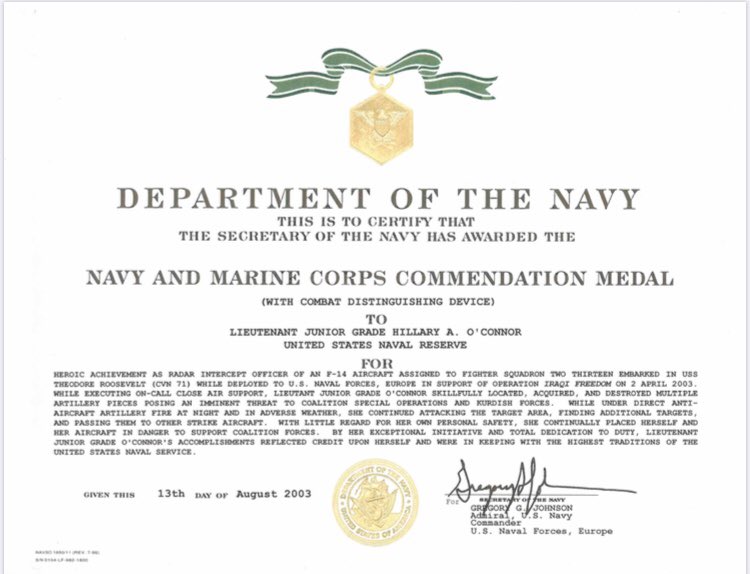 Sum it all up, and now that she is running hard in OH-14, Mueri has Dave Joyce worried sick. She’s similar to many of the winners from ‘18. Enter the smear.

On Thursday, the Mueri campaign was informed that the GOP was filing a complaint accusing this commended veteran of being a criminal.

The complaint went to the Ohio Attorney General, accusing her of a fourth degree felony and demanding an investigation.

The Mueri campaign pleaded with the reporter to give them time to get to the bottom of this out-of-the blue allegation. But within hours, the story was up.

And something even worse happened in that story. Not only did the story quote the complaint, but based only on a complaint (made to another office), and apparently with no investigation into the facts, Ohio’s Secretary of State, Frank LaRose, also weighed in.

And the person in charge of our voting systems unleashed a torrent of damning rhetoric.

LaRose called it: “the exact type of violation I would refer to the Attorney General for investigation — you can’t vote twice in the same election.” Then he went further: “The strength of our democratic republic is the sacred right of every citizen to get registered and cast a vote, and law breakers who demonstrate this level of poor judgment devalue that right when they abuse the process.”

Wow. This is some heated stuff. Damaging, especially for the person who runs our voting systems And yes, the media printed it.

You’d have to assume that this would all happen ONLY if LaRose, the media, and the Ohio GOP had at least researched their claim. You would be wrong.

Although denied the time they had pleaded for, the Mueri campaign got on the complaint the next morning.

In a single phone call, the entire smear went up in smoke.

It turns out, just like the LaRose office had a very high error rate when it came to purging, this was also a government screw-up that one phone call to the Lake County Board of Elections would have revealed.

The Board explained the problem immediately. It had come up before. 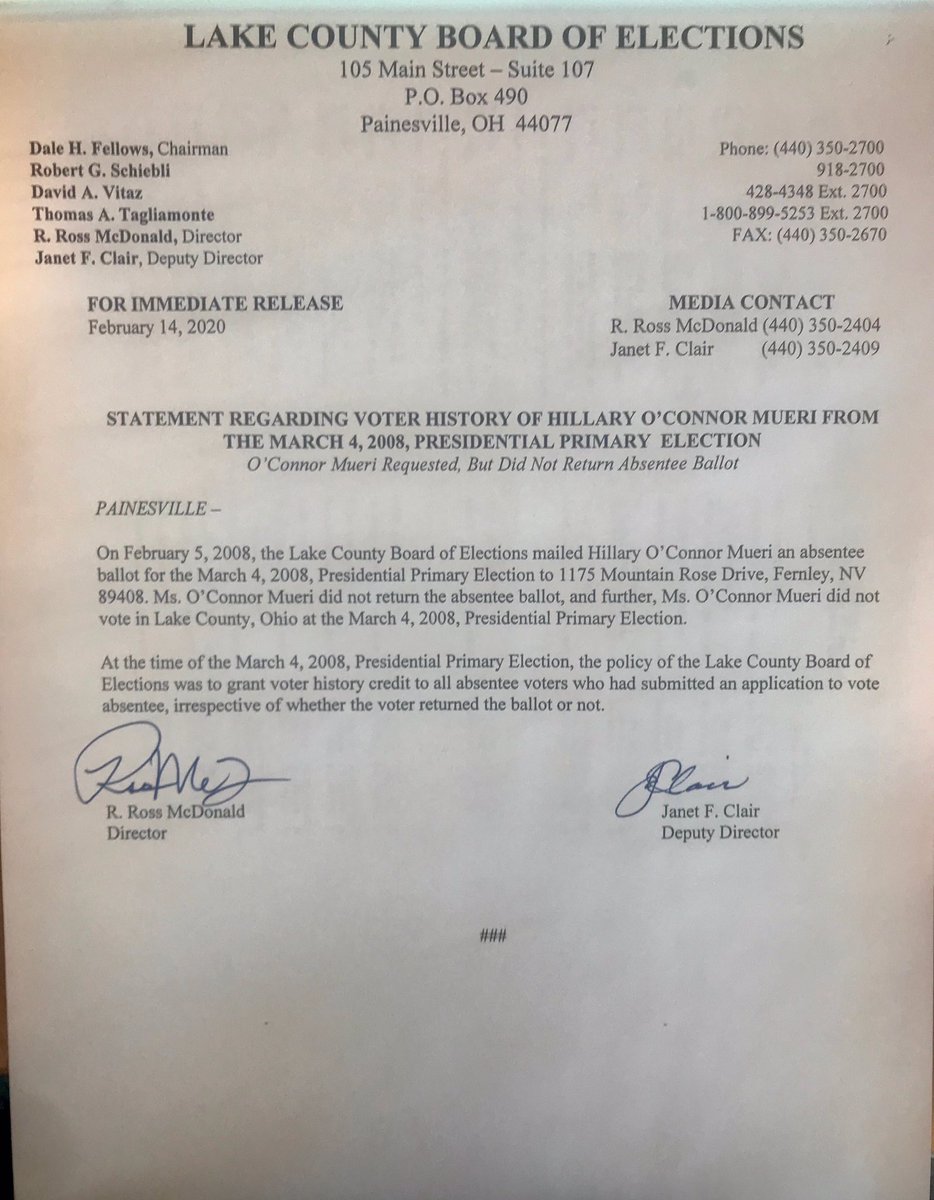 Perhaps even worse, the Board explained that: “they were ‘never asked to research the subject by any parties’ until Friday” (when Mueri called).

So that confirms that both the Ohio GOP and, even worse, Frank LaRose, unleashed this attack without even calling.

Not shockingly, but tellingly, the Ohio GOP told the paper that they will continue to pursue the bogus smear: “We look forward to the results of the Attorney General’s investigation into this matter.”

The paper didn’t ask LaRose for his comment now.

Hillary O’Connor Mueri is owed a public apology by Frank LaRose, Joyce, and the Ohio GOP —but the most important apology is clearly from LaRose, who weighed in in his role as Ohio’s Chief elections officials on a mere complaint, and without calling Lake County.The press needs to slow down. As in Ukraine, the smear MO here is clearly to push an “investigation” and get press about it, no doubt to be used in ads later. Don’t run the story on the initial allegation without looking into the facts, or you become part of the disinformation.Sadly, the reason the Ohio GOP is still pushing for the investigation is because, like Trump, that’s all they care about, whether the underlying allegations are a complete hoax or not. They will keep pushing this disinformation.Do whatever you can to help candidates like Mueri — follow her, RT her, give to her. Patriots like Mueri will need all the firepower they can get to fight back, as she did here.

The post How the GOP is Planting Disinformation in Ohio to Undermine Democrats appeared first on DemCast.

Source: How the GOP is Planting Disinformation in Ohio to Undermine Democrats

The court-appointed lawyer John Gleeson also argued that Flynn should be sentenced for lying, including for perjuring himself in court for admitting his crimes then disavowing them. Gleeson, looking at […]

In his first public appearance since the impeachment trial, the president’s former national security adviser said he was fighting efforts to suppress his unpublished book. John R. Bolton repeatedly ducked […]