On March 15, we will be hosting our first-ever March convention: the Blue Forum & Fair. The Fair starts at 12pm, and will include speakers, trainings and activities.

>> Get your tickets here!

Several candidates running for state and county office will have tables at the fair, as well as several of our own Clubs and Caucuses. Are you a candidate or represent a club or caucus or organization that shares Democratic values? Do you want a table at the fair? Use the ticket link to buy a ticket and follow the post-ticket questionnaire to request a table. The tickets include a light meal, and the first 100 ticket buyers will receive a free Miami-Dade Dems T-Shirt.

At 5pm we are excited to host a mayoral forum, where we will hear from three candidates running for County Mayor:

Tickets to the mayoral forum at 5pm are free, and we encourage you to RSVP here. 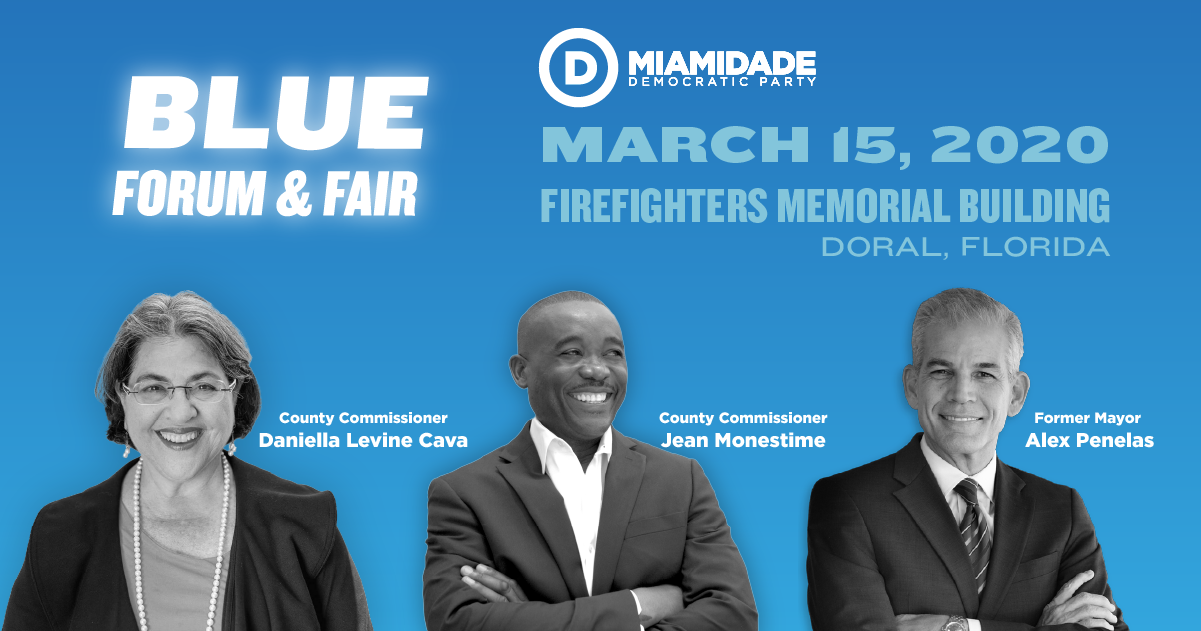 A Warm Welcome to Our New Field Director, Ariel Sepulveda

On Monday, the Steering Committee officially approved the hiring of our new Field Director, Ariel Sepulveda.

An organizing director for several Florida campaigns, Sepulveda grew up in Homestead, Florida, before receiving a bachelor of liberal arts degree from the University of Texas at San Antonio. Returning to South Florida, she worked as the Organizing Director for Engage Miami where she coordinated voter registration and get out the vote efforts at college campuses and universities throughout Miami for several national, state and local elections. 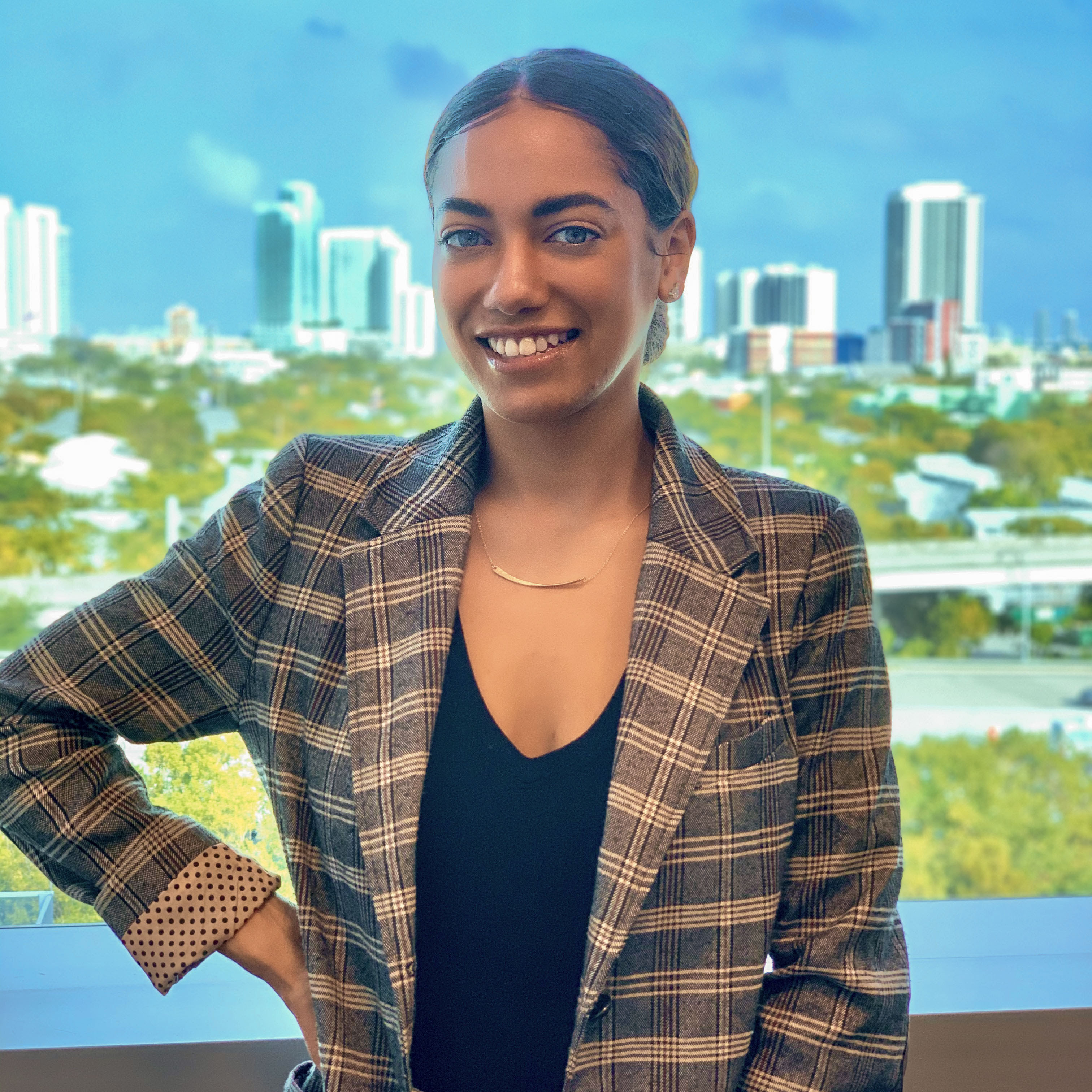 She then went on to work for several national voter turnout nonprofits with the Movement Voter Project, Vote Mob, and the Florida Student Power Network, where she managed and supported civic engagement and voter turnout plans for several partners across 32 different states, including Florida.

“I’m incredibly excited that Ariel has joined our team. With her experience, she is going to be an immediate asset to all progressive campaigns in our county.”

Please join us in welcoming Ariel to the team!

One of the most powerful ways you can support our work is by becoming a sustaining donor. The local Miami-Dade Democratic Party is a self-funded, membership-driven organization of dedicated volunteers. Our monthly donor program allows our team to plan strategically where to put our resources in advance. Even $5 a month makes a big difference, and we thank you!

Thanks to the hard work of volunteers over the past two years, we have won three special elections, flipped two congressional seats, and have done a tremendous amount of infrastructure building, leadership development, and issue work. 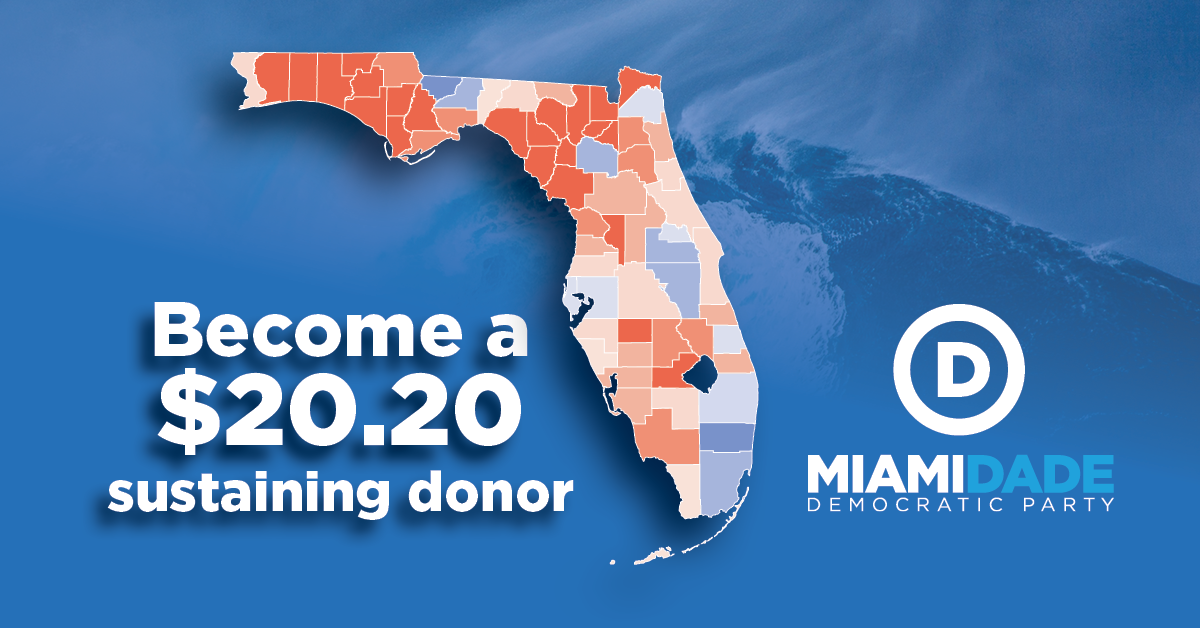 We are the largest Democratic county (600K registered Democrats) in the biggest swing state. To win in 2020 and remove Trump from office, we need to move past the boom & bust cycle of party funding and become a truly self-sustaining organization. The sustaining donor program is built on our grassroots donors saying, “This is my party and I own a piece of its success.” Thank you for all that you do.

Are you a sustaining donor? Even $5 a month makes a big difference.

The local Miami-Dade Democratic Party is a self-funded, membership-driven organization of dedicated volunteers.

We are the largest Democratic county (600K registered Democrats) in the biggest swing state. We have a plan to win in 2020 and remove Trump from office, and it involves paid staff, increasing efforts in voter registration, outreach, events, and marketing. Support our work with a monthly donation of any amount here: https://www.miamidadedems.org/sustaining